Curious for context? 👉 See what Forbes had to say about our mission

Curious for context? 👉 See what Forbes had to say...

Stocks, Bitcoin, ETFs, Gold and more. All from one retirement account. 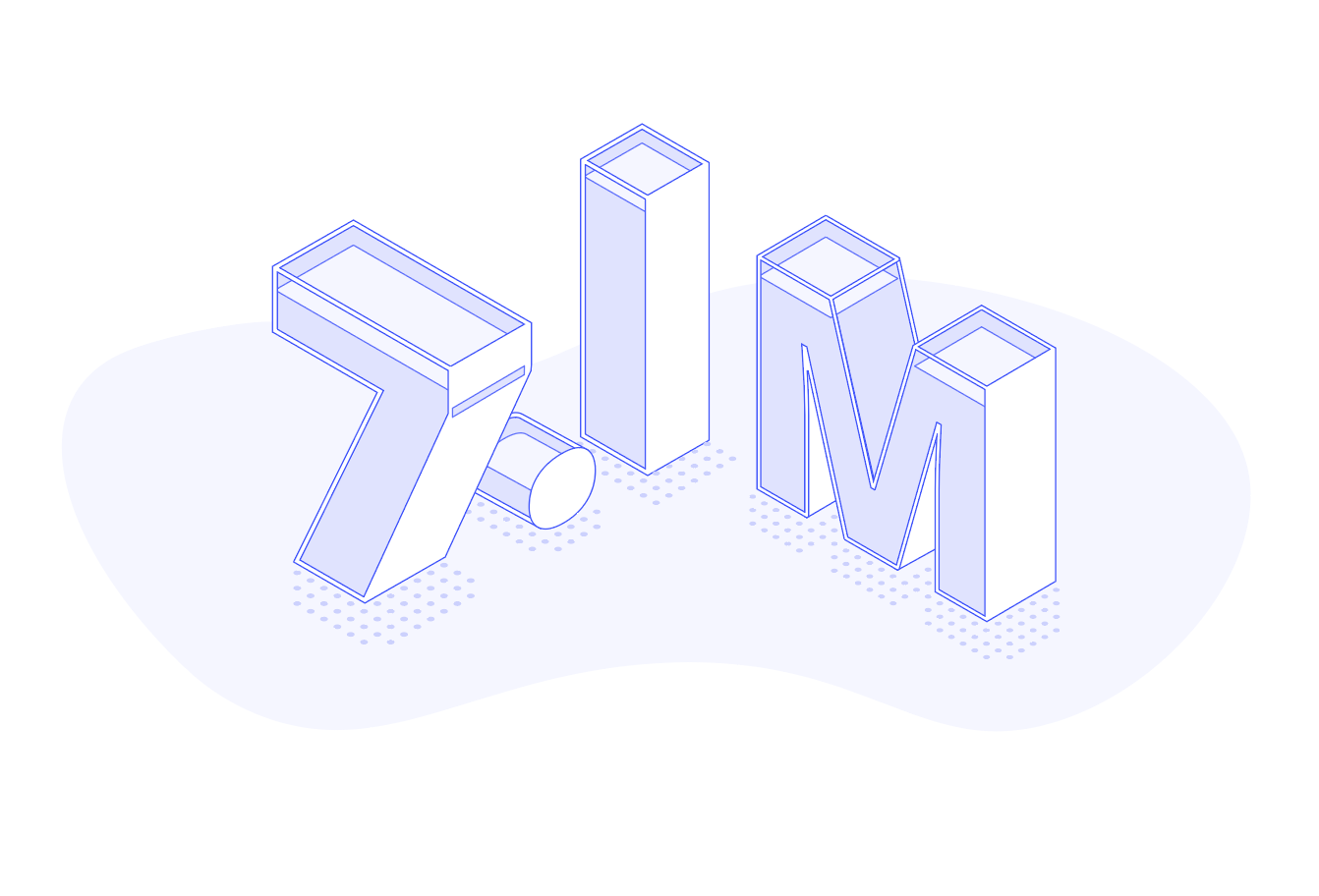 Bitcoin was built for rainy days ☔

If you are reading this, you are likely part of the 7.1 million bitcoin owners who have retirement accounts with dollars in them, but not bitcoin. We were in that situation too. So we built choice and we're on a mission to help the rest of the 7.1 (and beyond) understand their options. Will you join us?

Allow us to introduce

Divvy up your retirement savings between assets you know. You determine the mix. And, you can change it anytime.

Secure your spot on the waitlist 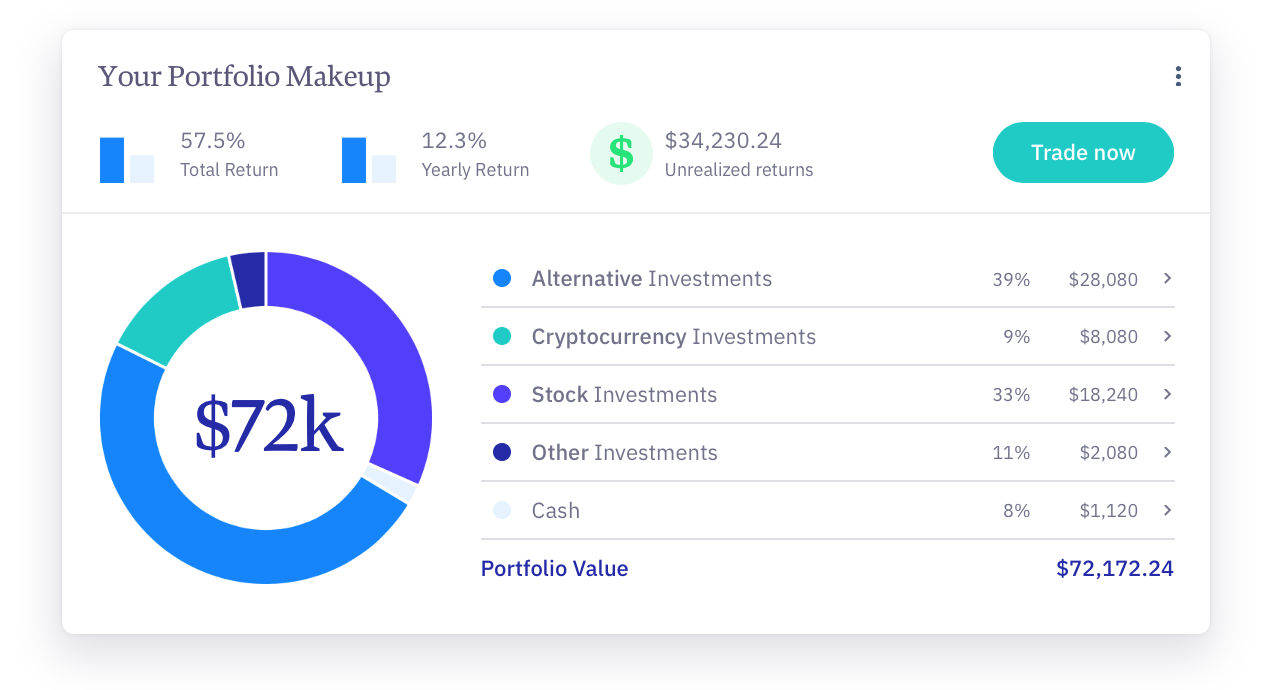 Buy and sell  digital assets, stocks, ETFs and more from one account.

Buy, sell and hold digital assets, stocks, ETFs, and more from one account.

No broker required, trade  traditional and digital assets from our  portal, anytime. 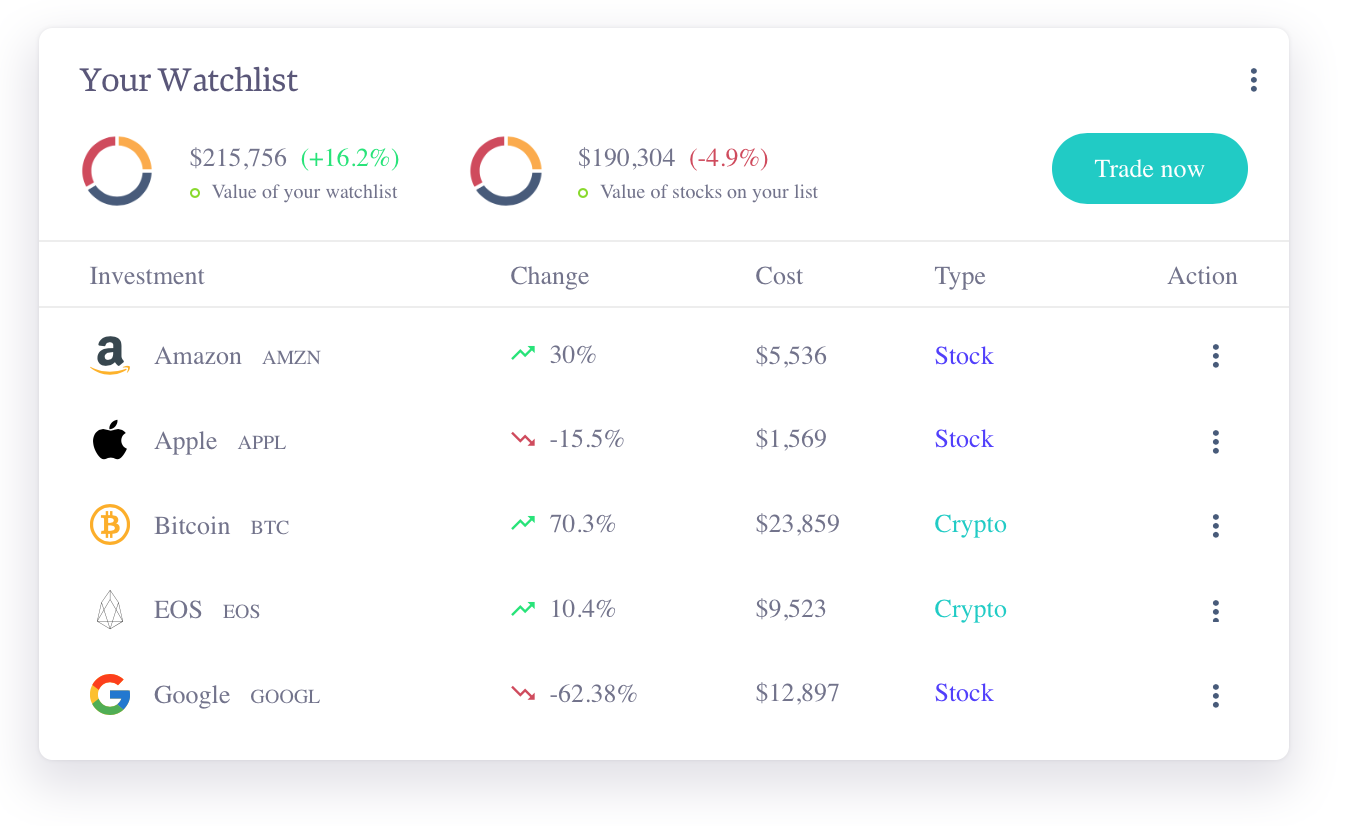 Choice members can trade via Interactive Brokers and Kraken from a single account. Or use cash to buy gold, land and more.

Claim your spot on the waitlist

Combine all of your retirement accounts via roll-over or transfer.

Want 24/7 access to all of your savings from a single place? We can help. You can roll-over or transfer any existing accounts you may have.

Everyday, for more than a decade, we’ve worked with individual and professional clients to provide custody for a myriad of alternative assets. Our focus on service and simple solutions has led to our platform powering more than 100,000 accounts comprising more than 13 billion USD in platform AuC. 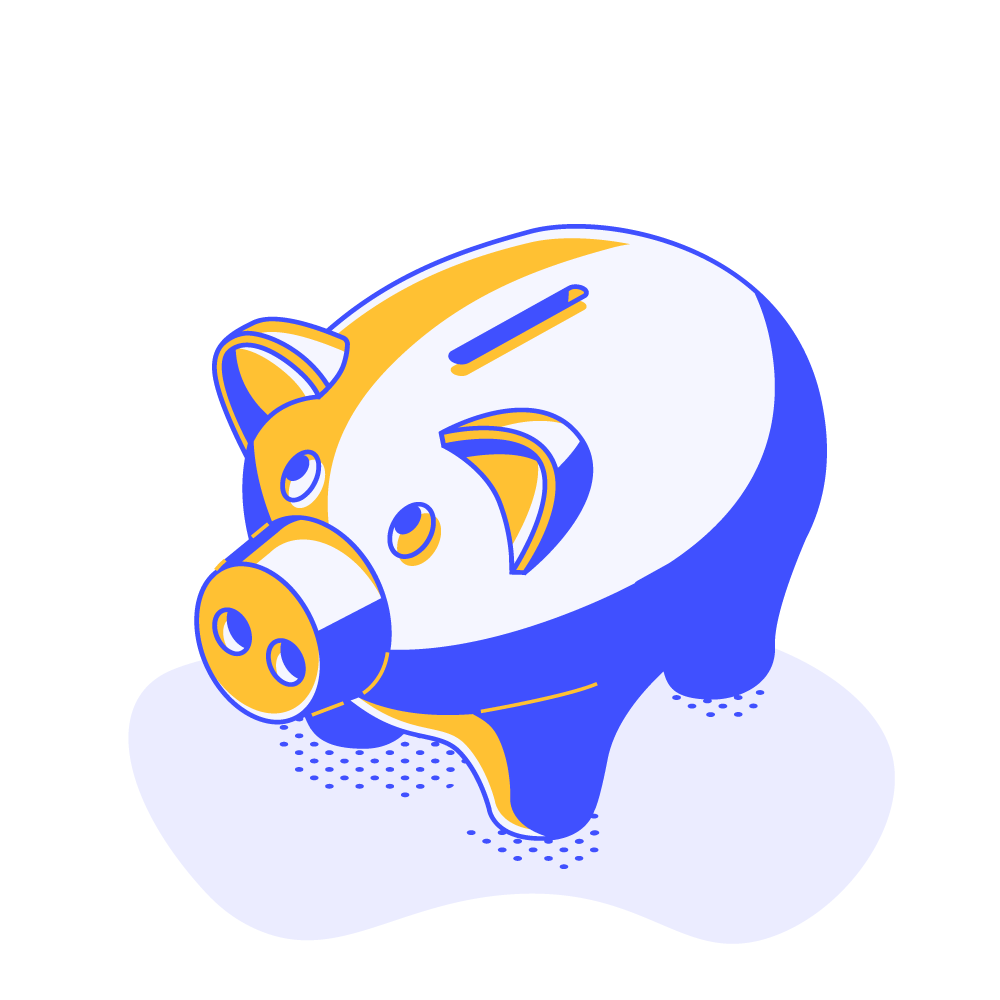 How to give your savings super powers

Retirement has always been boring, or complex, or both. We're on a mission to change that. Whether you end up becoming a choice member or not, you should know you have a choice how your savings are invested.

There are a few main types of accounts: IRAs and 401(k)s. 401(k)s are from your employer. IRAs don't need an employer, they can be self-directed ('SDIRA'). In the case of bitcoin, what you'll want is usually an SDIRA. 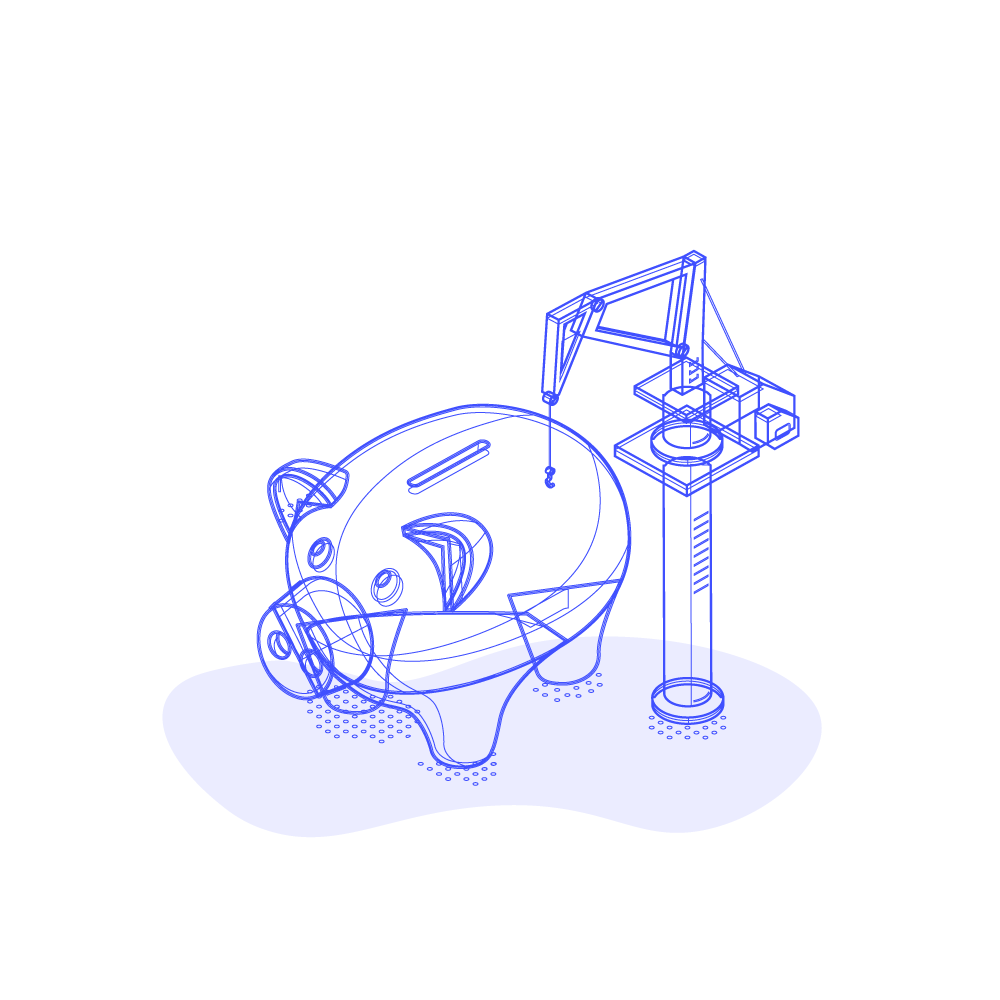 You can roll-over existing assets you may have in a 401(k) or other IRA; or start fresh. If you are starting fresh, figure out your yearly contribution limits here. 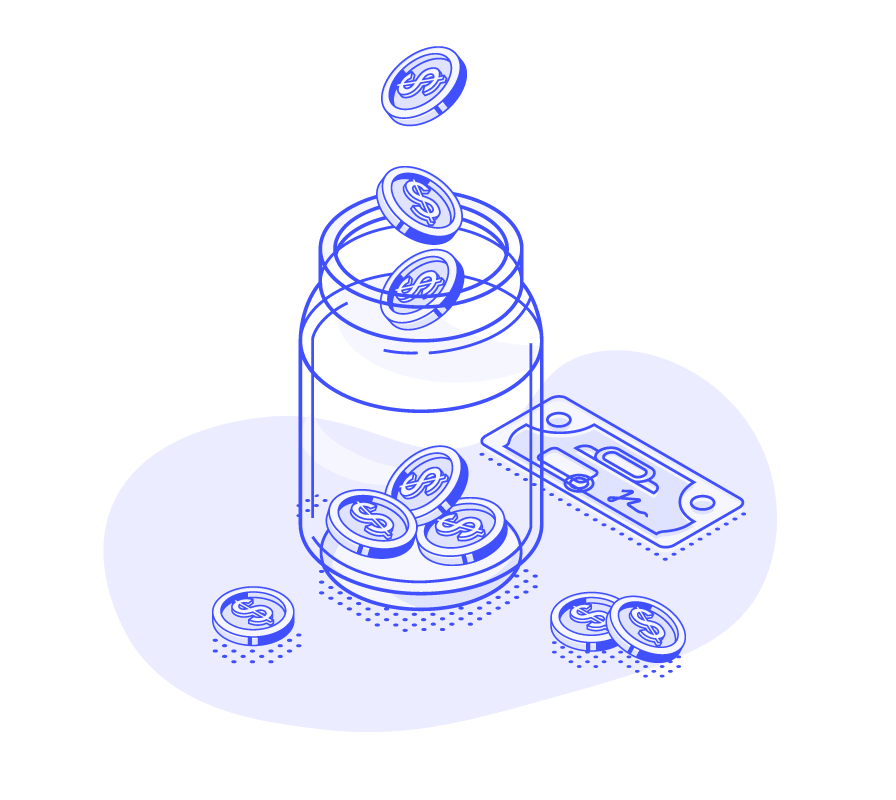 Your savings now have super powers.

Time to invest! Your dollars are now qualified for tax advantaged treatment - depending on if you chose a Roth or Traditional IRA, you'll either trade with deferred taxes, or no taxable gains.

Next step for choice members: Choose your investments from the choice portal: we're connected to Interactive Brokers for trading traditional assets and for digital assets, we're connected to Kraken. But it doesn't end there, you can direct us to invest your cash in land, precious metals private equity, and so much more. 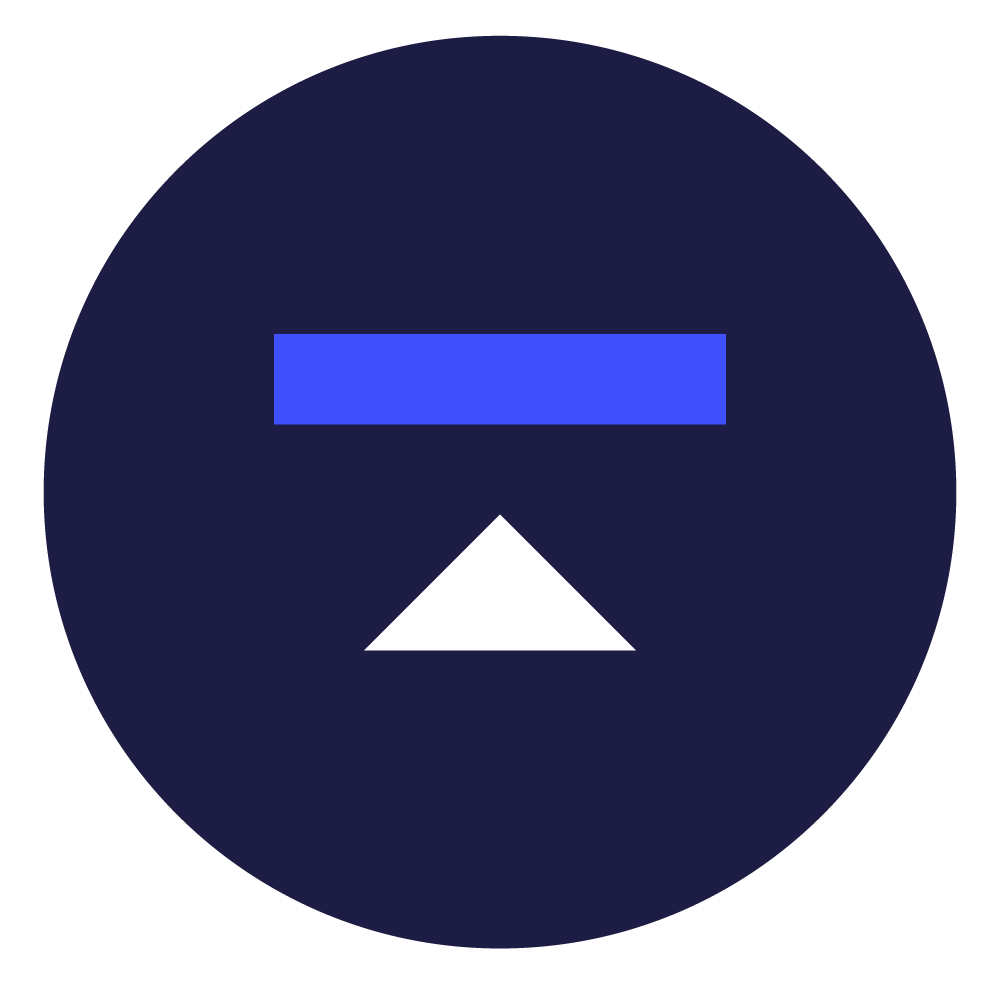 WHAT TO DO NEXT

Ready to get started?

Every 10 days, we are granting new members access, so start sharing early!

If your friends are in the 7.1, help us help them, share the good news + invite them in.

We care deeply about bridging this gap for the 7.1M bitcoiners, and beyond. Join the cause, become a member, help us, help bitcoin.

☔ Why We Started Choice

*The sign-up bonus represent $62.50 deposited into your account at the time of account setup and immediately converted into bitcoin. Therefore the real number of Sats deposited may vary based on the moment of account creation. For instance, the 700K Sats estimate is based on price as of Tues. May 26, 2020 @08:12EST.

NO PURCHASE OR PAYMENT NECESSARY TO ENTER OR WIN. A PURCHASE WILL NOT IMPROVE YOUR CHANCES OF WINNING. INTERNET ACCESS REQUIRED TO ENTER.

VOID WHERE PROHIBITED OR RESTRICTED BY LAW

The Choice by Kingdom Trust “Free Bitcoin” launch promotion (the “Promotion”) is intended as a giveaway to encourage individuals to join a waitlist for and open a Choice IRA by Kingdom Trust. The Promotion consists of giving $62.50 USD towards a bitcoin purchase to the first 1000 participants to open a Choice IRA. Participants can improve their position, and therefore chances of winning, by referring others to join the waitlist or by following specific Choice/Kingdom Trust social media accounts.

Who Can Enter: The Promotion is open to legal residents of the 50 US states who are at least 18 years old and physically located in the United States at the time of entry. Employees, officers, directors, agents or other representatives of Kingdom Trust (the “Sponsor”) or of any parent company, subsidiary, or affiliate of the Sponsor (the “Promotion Parties”), and all members of their immediate family and persons living in the same household with them, whether or not related, are not eligible to receive sign-up bonuses as part of this Promotion. Immediate family members include spouse, parent, child, sibling, including step-parents, children, siblings, half siblings, and all their respective spouses, regardless of where they reside.

Agreement to Official Rules: By entering this Promotion, you (“You”) agree to be bound by these Official Rules and the decisions of Sponsor, which are final and binding regarding all matters related to the Promotion. By participating, You release, discharge and hold harmless the Promotion Parties from any claims, losses, or damages arising out of Your participation in the Promotion and, if declared a Winner, the acceptance or use, misuse or possession of any Prize, as further detailed below.

How To Enter: Sign up for the Choice IRA waitlist during the Promotion Period at retirewithchoice.com. After you have joined the waitlist, you can improve your position [and therefore increase your chances of a winning] by one (1) of two (2) ways:

1.    Social referrals: sharing the unique referral link generated personally for you at retirewithchoice.com/waitlist and prompting others to join the waitlist from this link

Winner Selection and Verification: The top one hundred (100) participants will be selected from the waitlist each Entry Period (“Potential Winners”), based off their waitlist position, to complete an application to open a Choice IRA by Kingdom Trust. Potential Winners who complete the application and open an account will receive $62.50 sign up bonus debited to their account to go towards the purchase of bitcoin. The first 1000 participants to complete an application and open an account will receive this sign-up bonus (“Confirmed Winners”).

Odds of winning and receiving a sign-up bonus depend on the number of participants received throughout each Entry Period. Non-selected participants from each Entry Period will remain on the waitlist and their waitlist position will carry over to subsequent Entry Periods. Entry period Winners will be determined by the Sponsor, whose decisions are final on all matters relating to this Promotion.

Note: Participants must both respond and comply with the requirements outlined above prior to being deemed a confirmed Winner. Failure of the participant to comply with the requirements above may result in their entry being disqualified and Sponsor will have no further obligation to the Participant. Sponsor reserves the right to conduct background, identity, and other KYC/AML verification checks on potential Winners as part of the application and account opening process after extending an initial winner notification.

Potential winners understand that Sponsor reserves the right to withdraw a potential Winners’ eligibility to open an account based on the results of these checks, and therefore their eligibility to receive a sign-up bonus.

Sign-Up Bonus Conditions: Limit of one (1) sign-up bonus per person throughout the Promotion Period. Winners may not substitute, assign or transfer sign-up bonus. Winners are solely responsible for any unintended federal, state, or local taxes that may incur.

Disqualification; Sponsor’s Decision Final: Sponsor reserves the right in its sole discretion to disqualify (and void the entry(ies) of) any person it believes has violated these Official Rules, is not eligible to participate, who has provided false information, acted in a harassing or unsportsmanlike manner with respect to Sponsor, any Promotion Party or any other entrant, or tampered with the operation of the Promotion. Sponsor’s decisions as to all issues, including eligibility and acceptability of entries, shall be final. CAUTION: Any attempt to deliberately damage any website or undermine the legitimate operations of the Promotion may be a violation of criminal and civil laws. Should such an attempt be made, the Sponsor reserves the right to seek damages to the fullest extent permitted by the law and to disqualify the entrant from the Promotion.

General Conditions: The Promotion is void where prohibited by law, and is subject to all applicable federal, state and local laws and regulations, and Sponsor’s Terms of Service and Privacy Policy. Sponsor reserves the right to modify, suspend or terminate the Promotion in the event it becomes infected by a computer virus or is otherwise technically impaired, or based on the technical, legal and policy requirements of the platform(s) by which it is made available, and to cancel or suspend the Promotion in its entirety should tampering, unauthorized intervention, fraud, technical failures or other causes corrupt the administration, security, fairness, integrity or proper play of the Promotion and, if terminated, at Sponsor’s discretion, conduct a random drawing from among all non-suspect eligible participants received to that point, for any unawarded sign-up bonuses.

In the event of any such termination, cancellation or suspension, a notice will be posted on http://retirewithchoice.com/free-bitcoin-giveaway-official-rules.

Arbitration: Except where prohibited by law, as a condition of participating in this Promotion, entrant agrees that (1) any and all disputes and causes of action arising out of or connected with this Promotion, or any prizes awarded, shall be resolved individually, without resort to any form of class action, and exclusively by final and binding arbitration under the rules of the American Arbitration Association and held at the AAA regional office nearest the entrant; (2) the Federal Arbitration Act shall govern the interpretation, enforcement and all proceedings at such arbitration; and (3) judgment upon such arbitration award may be entered in any court having jurisdiction. Under no circumstances will entrant be permitted to obtain awards for, and entrant hereby waives all rights to claim, punitive, incidental or consequential damages, or any other damages, including attorneys' fees, other than entrant's actual out-of-pocket expenses (i.e., costs associated with participating in this Promotion), and entrant further waives all rights to have damages multiplied or increased.

Choice of Law: All issues and questions concerning the construction, validity, interpretation and enforceability of these Official Rules, or the rights and obligations of entrant and Sponsor in connection with the Promotion, shall be governed by, and construed in accordance with, the substantive laws of the Commonwealth of Kentucky, USA.